LOL I wasn't planning to make any more game addons (really I wasn't hehehe) cos I'm not much of a gamer myself, but this one is kinky as hell.

It's Deadly Rooms Of Death: Architects' Edition, the old freeware version from before they went commercial. All self-contained and fully portable too if you like to carry kinky games around on your USB stick to play when the boss is not looking.

What is DROD?
Greater minds than ours have faltered and failed at those three little words. We're not entirely sure, ourselves - DROD can't be described in terms of other games without just confusing the issue. It's a puzzle game without block pushing or falling bricks. It's a turn based RPG without the role-playing or statistics. It's an action game without the action. It's a roguelike that really has little in common with Rogue and its cousins. It's rare that someone makes a game that can't be described as something-meets-something else, and it's almost impossible to describe to someone without sitting them down and just showing them the game.

You play a little ugly man, named Beethro, with an oversized sword. Like other characters with oversized swords, Beethro has an odd haircut and a job to do which will make him lots of cash - to get to the bottom of the dungeon, killing everything in his path, without dying himself.

The dungeon is made up of a lot of rooms - kill all the monsters in a room, and it stays clear. Clear all the rooms on a level, and you're allowed access to the next one. Often, you can enter and leave the rooms as much as you like, although it will reset the room if you haven't finished it. Every room is divided up into a grid - you can have only one thing in a square of the grid at a time (Beethro, his sword, a monster, a pit, and so on). Beethro will die as soon as one of the many denizens of the dungeons attacks him, and he's only got his sword for protection.

Of course, Beethro has an advantage. Unlike aforesaid games with characters with oversized swords, Beethro is experienced in killing all sorts of creatures, so it only takes waving the sword in their square to kill them; and Beethro has as much time as he needs to decide what to do. Every turn, he decides whether to move (using the number pad by default), wait (using the 5 on the number pad), or rotate his sword 45 degrees (using Q for clockwise and W for anticlockwise by default), and the game will pause while you decide his next step. Beethro makes his move, then the monsters (many puzzles taking advantage of this fact), so what could have been a frantic, and nigh on impossible, game of hack-and-slash becomes a violent but intelligent puzzle game.

And DROD has some of the toughest puzzles you'll ever see. Some will have you collapsing trapdoors and opening doors; some will have you coaxing invincible monsters into dead-ends; some will have you turning the monsters own attacks against them. And the last handful has you going up against their leader, the 'Neather, who delights in slamming doors in your face and sending wave after wave of monsters to kill you. It's a touching tale that parallels most of our daily existence, and the path to take to break free of our mundane existence and live the life we've always wanted. It's a cunning parable that would make Confucius proud. Let me explain.

The roaches symbolise our mundane problems - credit card debt, bills, the dog next door that just won't shut up - and the roach mothers the root of these problems, which is yourself. The evil eyes represent those problems that you never plan for but should. There are plenty of people who will help you if you let them once you've sorted out the mundane, but are soon followed by those that are vindictive just when you don't need it. You may feel like you're in the rat race, but some smart maneuvering will ensure you keep out of the way of the larger problems that restrict so many. Let your affection grow, don't get trapped by the small things, and keep a careful eye out for things that don't spring up onto you until it's too late. 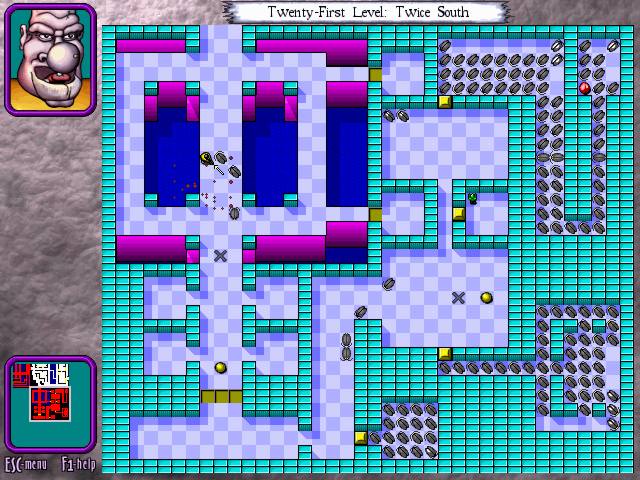 OMFG!!! I can't believe how many people here have boasted about how much they love my game packs and yet I do not see one single reply to this thread since I shared it 18 MONTHS ago! What is wrong with you people who say you enjoy my work so much and yet you cannot even bring yourself to volunteer a few words of feedback in my release threads?

This one has now been added to me "Cull Alert" list to give you lazy leechers one last opportunity to say you have been using it. Please don't make me regret that I just spent most of my day rebuilding this huge pack from scratch as a proper addon instead of a lazy switchless installer and coding a bunch of special entries so that the uninstaller will not delete any special game profiles that you built for it unless you tell it to.

I want to hear from FIVE people who have been using this - if there are not at least five of you then this is not even worth my time to continue maintaining. SEVEN days if you want to save this from being nuked.... tick-tock.... tick-tock....
Addon List | Nuke Policy | Update Requests | Bug Reports | Credits
Top

not being one to download games for install WITH windows i hadn't even seen this addon.. but i will definately grab it now!

I've been using this one Mrs. P - along with your other games packs too.
I'm rubbish at it but that doesn't stop me trying to play it so please keep this one alive and thanks for the efforts you have been making.
Top

Haha looks cool, gotta remember this for when I redo my system

Too bad you have to do it when you install an OS. Or is there a way to install by itself?
Top

Justas wrote:Haha looks cool, gotta remember this for when I redo my system

Too bad you have to do it when you install an OS. Or is there a way to install by itself?

These are unattended installers for integration into windoze setup disks. If you want to install the programs locally then please download them directly from the authors websites and don't waste my server bandwidth if you are not intending to use them for their intended purpose:

Haha I'm grabbing this one hehehe after reading that description. Thx for bringing it to my attention.
Ton80
Top

This was totally not fair. WAT A F***IN AWESOME GAME.

Thanks A lot. hehe. For all the time thats gonna be wasted playing this super game.
Thanks for the addon Mrs Peel. Keep the good work goin.
Top

thank you so much for all your great posts......link to this game is broken
Please forgive my stupidity...I'm just trying to make sense of it all
Top
Post Reply
11 posts • Page 1 of 1